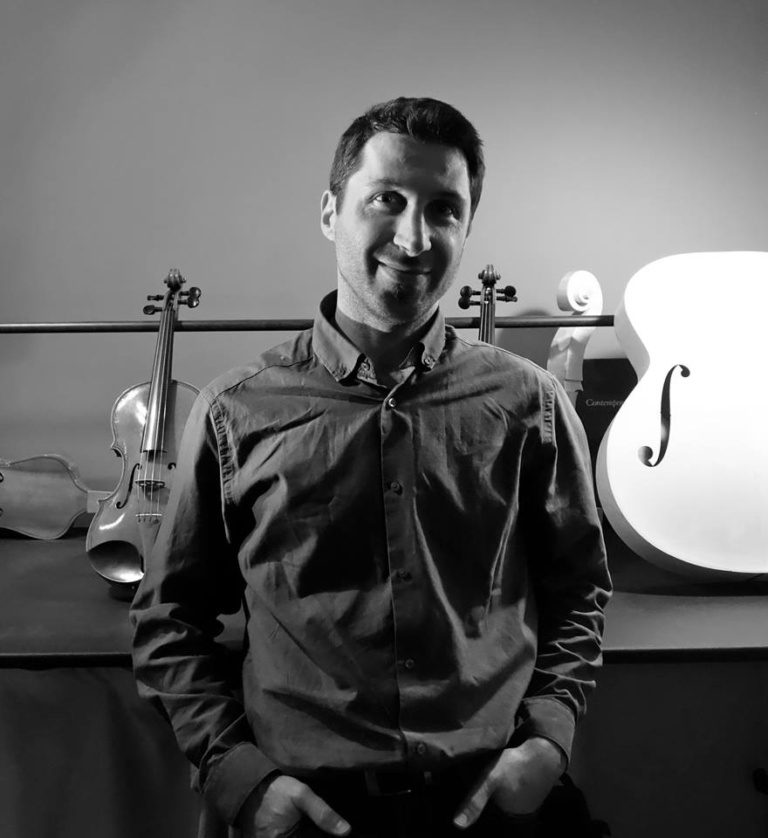 After studying Applied Arts and Cabinetmaking, I traveled to Newark-on Trent in England to follow a four-year apprenticeship that gave rise to my vocation as a luthier.

After grauating in 2002, I entered the Mathijs Heyligers workshop in Cremona, where I devoted myself to the making and restoration of instruments

I moved to Paris in 2005 and in the same year obtained the SEMA departmental prize for crafts and a grant from the Marcel Vatelot Foundation.

Since 2009 I have been working in the historic center of Bordeaux where I continue to devote myself to the making of instrument of the quartet, with exciting projects that I invite you to discover.

Since 2010 he has been invited to the musical academy of Hourtin to raise awareness about his craft. In 2016 he created the symposium of the academy which takes place during the period of the festival.

These moments of exchanges gave rise to conferences and demonstrations in dialogue with the professors and the pupils to fulfil their knowledge of their instrument. During the last session, the members of the CLAC were present to realize a violin during all the duration of the festival. Check out the news page for the next session.

Tony Echavidre saw himself rewarded with a "coup de cœur" by Raphaël Pidoux for a baroque cello during the Violoncelle en Seine festival in 2012.